Shutterstock just released their 2021 trends. A glimpse into the the year ahead through the lens of design, photography, music & footage, charting where tastes are headed based on volumes of user searches through their channels. A handy guide for anyone that may be making any significant plans involving visual aesthetics. Yet as I scrolled through this list, I instantly noticed a handful that of Lawless Studio’s artists are working with these trends right now, this very minute.

Searches for Face Line Art rose by +536%, whilst Contemporary Portrait entered as a new search term.

No artist embodies this aesthetic more than Pico Favelado - the Brazilian maverick who is one the most exciting emerging talents plying his trade in London right now. Take a stroll by Camden Lock and you'll notice his works adorning the tunnels and walls down there. Pico's style captures the current zeitgeist, yet retains a distinct rawness. The versatility to his work means you could easily see a Pico face thrown up against a 5ft high wall in Camden, but also carefully placed across a rum label in Tesco. 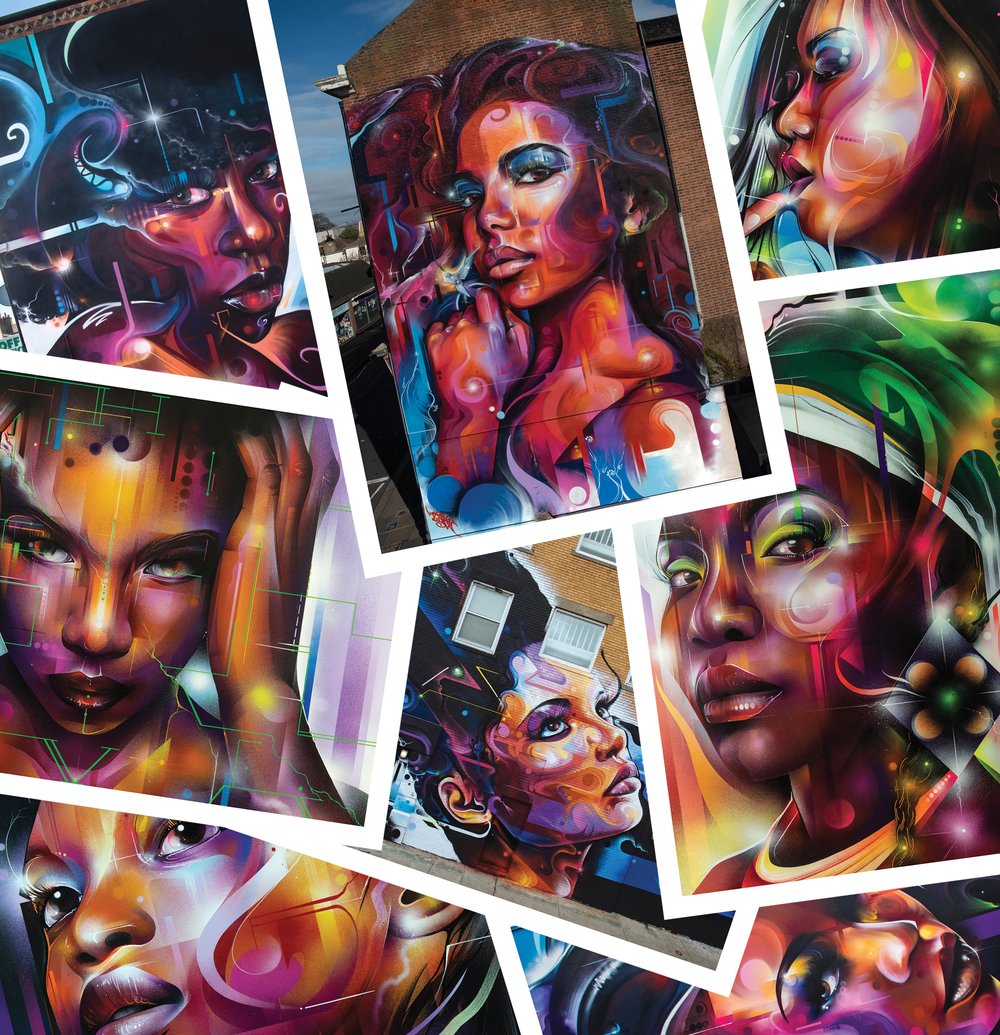 This style will take centre stage in 2021, that's for sure - Pico's approach gives this trend a unique twist.

Animation lands on a light note, as new tech allows for some seriously fun design breakthroughs.

Searches for Whimsical Animation rose by +13,572%, whilst Liquid Abstract entered as a new search term. For us across Street Art and Tattoo disciplines, animation is nothing new. Rendering designs into 3D, adding augmented reality layers and projection mapping mapping of murals are all commonplace in these art forms - but they're about to be a harnessed in bolder and more brilliant ways, and crucially, way more often.

Not building AR or 3D into a campaign is a missed trick right now, especially when dealing with visual & artistic material. We're pulling a lot of resource into this area, bringing 3D and AR talent much earlier into brand conversations and briefs, whilst also developing a suite of ready made ideas to take to market. We're also prioritising these skillsets when recruitment new artists to the Lawless Studio roster.

Two artists who consistently blend the digital into their physical work are Bond Truluv & Mr Cenz. They are pushing boundaries through constantly innovation, developing sophisticated digital worlds and app based experiences that elevate their artworks into new dimensions.

Bond Truluv has been adding digital layers through projection mapping to his giant mural work for years - and has recently developed a digital first style, fusing street art motifs with elements that move through AR. 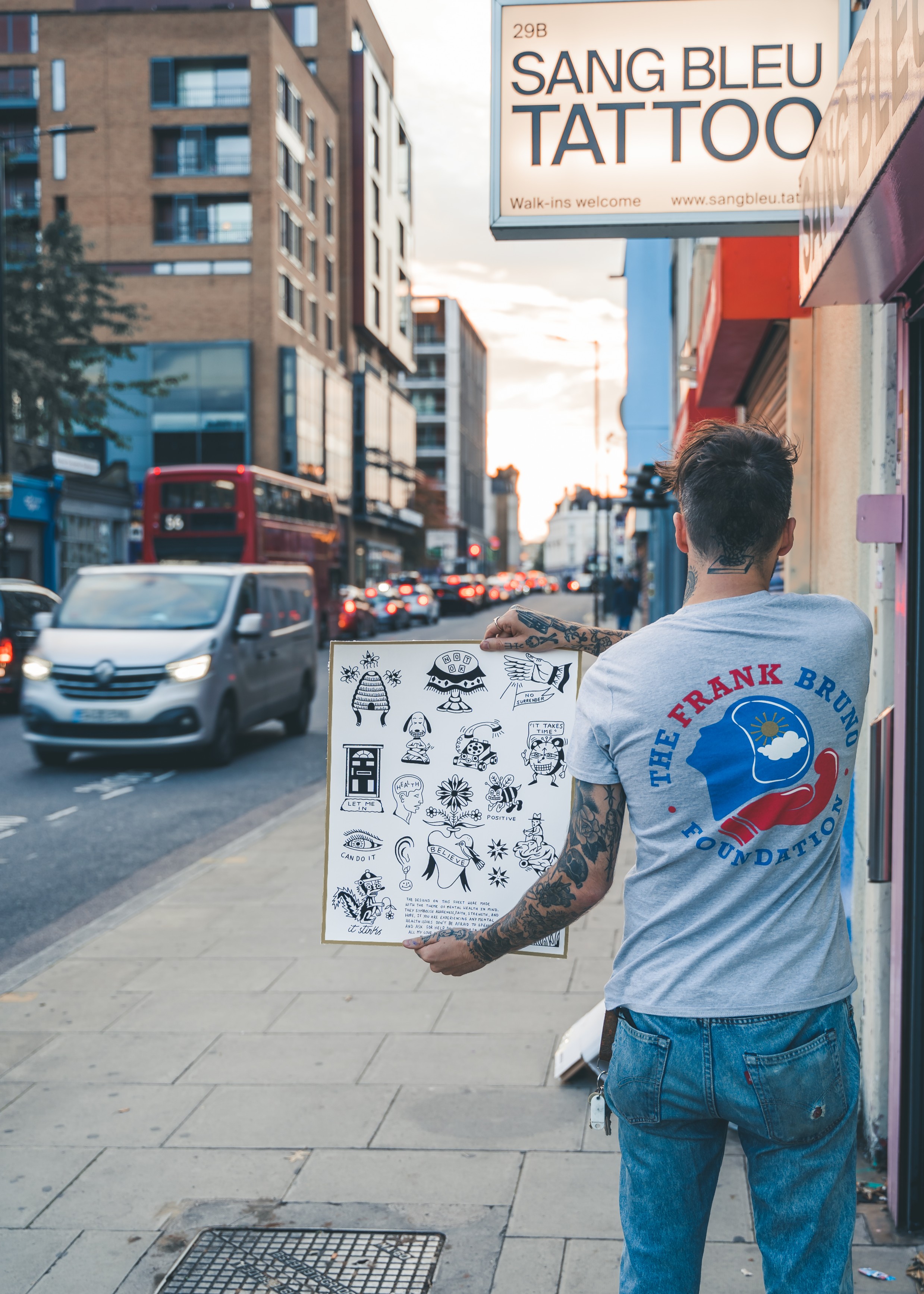 Mr Cenz is one of the most exciting street artists in the UK right now. He recently worked with W1 Curates and Cult Motion to develop a digitised version of one of his iconic murals, taking the space age feel of his piece to the next level. He also released a set of cards for fans to try the AR capabilities at home.

'We're starting to realize that the relationship between our mental and physical health is much closer than we’d originally thought. This year, we're turning to tech for techniques that promote balance.'

That's maybe the understatement of the day. We are now all too acutely aware of how important our mental health is. 2020 brought in a new age of understanding what mental health is, but also a clearer acceptance & openness in being able to talk about it. Only trouble is, the cards we're being dealt constantly shift and change, and unprecedented doesn't feel an apt enough adjective anymore.

When it comes to mental health, we're working closely with our artists - who themselves have been impacted by severe cuts to their ability to work and earn a living - to highlight and generate awareness around mental health, and lodge those topics firmer and deeper into our general day to day conversation.

We worked with Jack Watts, a tattooist from London plying his trade at world famous Sang Bleu in Dalston, to promote a mental health themed flash day at the tail end of last year, with all of the proceeds from the event being donated to the Frank Bruno Foundation. Our friends at The Book of Man came down to the event and spoke with Jack to learn more around his motivations

"I think tattooing is almost like a therapy and I think people get a lot of positivity out of going to get a tattoo. I personally struggled with my mental health over the years, so I’ve naturally had an association and attachment to that subject and I just wanted to bring the two together.

I wanted to be able to create designs that would inspire positivity and conversation as well and be able to tattoo those on people who were perhaps struggling or had struggled or just wanted to have a positive message on them. I was trying to bridge the gap between tattooing and mental health and bring it together."

Themes like art therapy and tattoo therapy will take centre stage for us in 2021, with many more of our artists being involved.

'Currents of translucent hues, snaking metallic swirls, and foamy sprays of color shape the landscape of these free-flowing textures. The marbling techniques at play leave room for beautiful imperfections amidst the chaos.'

Again, nothing new for us. Playing around with the iridescent has long been part of the Lawless Studio DNA. These textures and backdrops will be a constant across our visual identity this coming year, but street artists and graffiti writers are starting to build these visuals into their work too. Fluro and neon are two standout styles in graffiti right now.

We're currently putting the finishing touches to an exciting project we'll be able to talk about very soon, with one of London's hottest up and coming street artists right now, Nerone. His signature floral style has a brightness and a boldness to cheer up the rainiest London day, and we will see more and more of his work, with fluorescent and neon touches, hitting the streets of London.

Advancements in paint technology, largely spearheaded by the good folk at Montana Cans, will see new paint technology more and more - like the use of UV paint, for example, to add another dimension to street art in the dark.