For Haig Club, this follows a natural continuation of them working with artists (having previously tapped up the services of Bradley Theodore and D Face) and a wider trend of drinks brands in general turning to artists for a slice of visual magic. Limited edition artist collabs have become a steady and reliable marketing tactic - with roots tracing back to Absolut’s Warhol ad from the 80s, for some brands it’s become an always on approach. Bombay Sapphire for example pledge a more ongoing commitment to support artists through their Stir Creativity series. Then for other brands, it’s even a core part of their DNA. Sailor Jerry Rum is quite literally named after the tattoo legend of the same name. 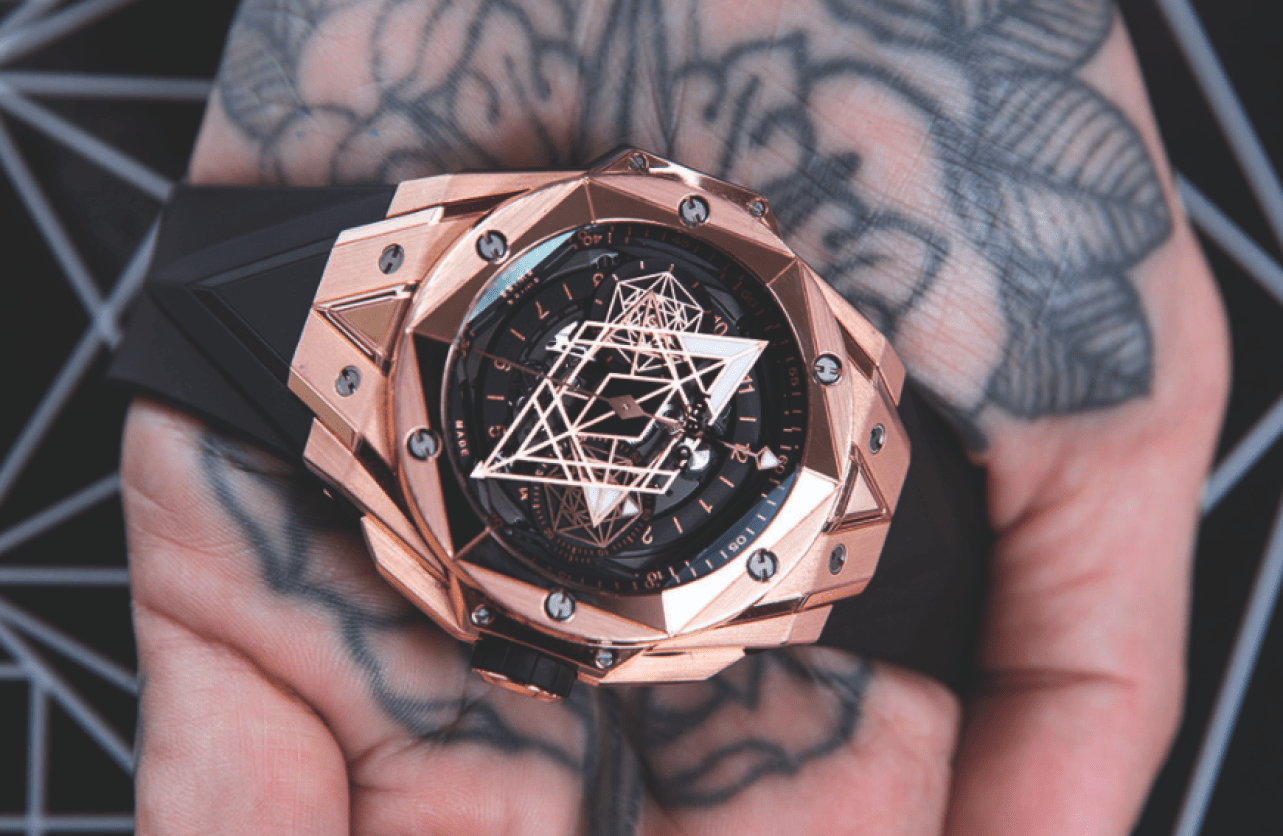 This approach resonates with a younger, gen-z leaning consumer - a refreshed visual identity draws the eye on shelf (especially in a highly saturated environment with huge competition), but also taps into an essence of cool that is so difficult for brands to successfully adopt. It helps that alcohol has long been a fuel for creative endeavours, and that fuelling creativity idea is one of routes less likely to be flagged as problematic by the ASA.

Positioning wise, bringing in tattooists and street artists works perfectly for those edgier, more provocative brands who weave that aesthetic into their identity, but it’s interesting that the spectrum of brands looking for these collaborations is widening too - Hennessy cognac and Dom Perignon champagne, who you’d assume would’ve see this approach as one step too far removed from their usual marketing language, have actually been drivers of this trend.

And it seems other sectors are getting in on the act, too. The ultra traditional world of horology would be perhaps the last you’d expect to embrace the edgy styles of tattoo and graffiti, but Zenith’s support of Felipe Pantone shows a loosening of those shackles, with luxury watch brands becoming increasingly eager to position themselves as more desirable and more accessible perhaps to the trend setting audiences of today.

Artists jumping into bed with watch brands requires a touch more thought, too. The alcohol sector has a ready made, often blank canvas in the bottle for the artist to draw, spray and create on. Watches, on the other hand, are immensely intricate creations that command tens of thousands of pounds. Any artist who collaborates with a watch brand needs to bring a certain level of ‘a-game’ to the table. Taking their work, whether it be a sprayed tag on a wall or a skull and crossbones etched with a needle, and reimagining it to fit a very controlled space.

The common denominator, though, across both alcohol and watch sectors is that working with tattooists and street artists lands a kind of cultural relevancy for the brands that do take that leap. Whilst there are still artists out there true to their craft who wouldn’t ever dream of ‘selling out’, perceptions around brand involvement with the arts has changed too. We understand that now, in this age of immediate accessibility to information and significant digital freedom, that someone, somewhere has to pay for it. We are, more and more, making peace with the trade off, more comfortable seeing ‘in partnership with’ and ‘supported by’ wherever we look.

Artists are culture leaders and culture formers, but can brands by proxy gain that status too by supporting artists and collaborating in this way? It’s an interesting dynamic, and one that will develop rapidly as brands continue to jostle for attention.

For now, here’s five examples of how brands got it right by betting on street art and tattoo talent... 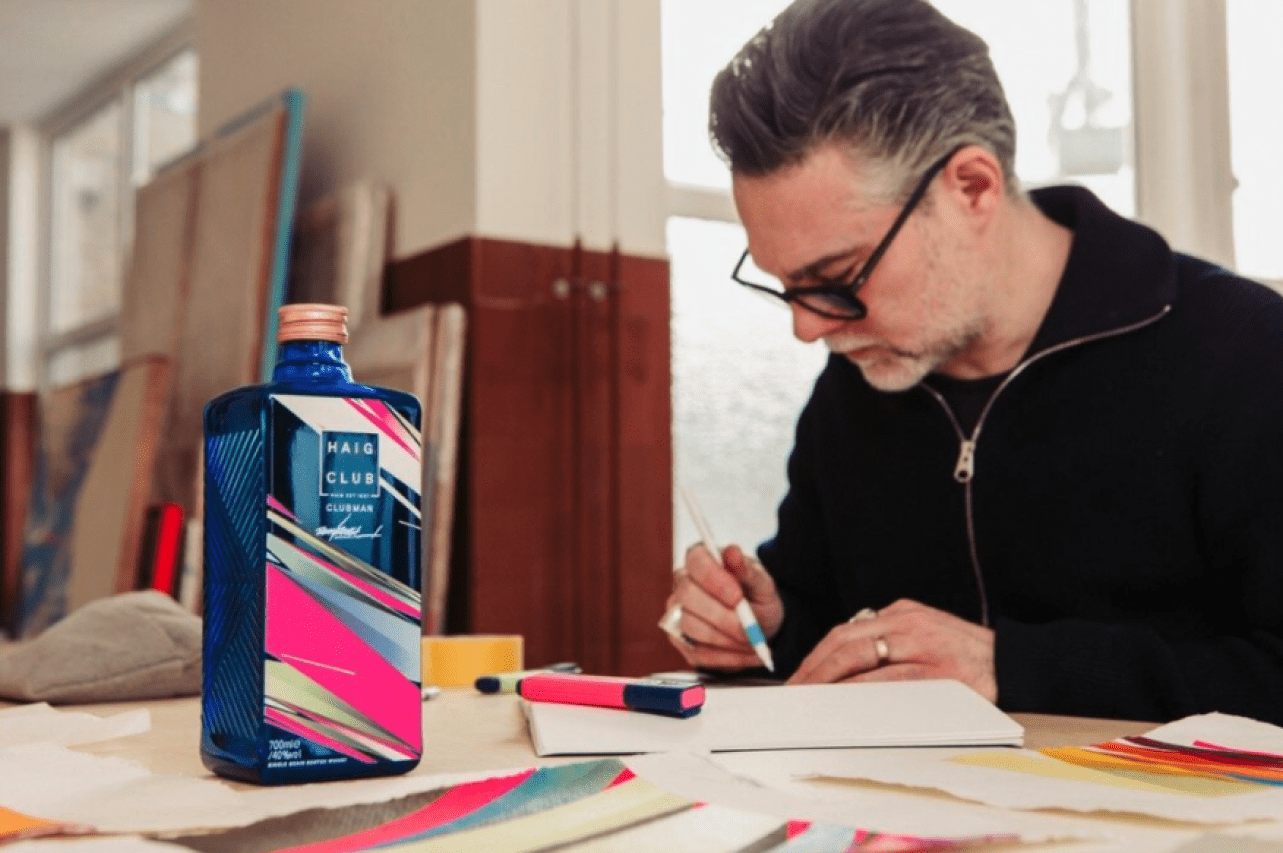 Haig Club recruited the expertise of London based Remi Rough to emblazon a flash of colour, predominantly his signature pink, across the blue glass of the Haig bottle. Remi has carved out an impressive artistic career, developing his style to work across canvas and small works, but very much rooted in traditional graffiti - train throw ups, big wall pieces and mural work in major cities across the world. His work has even adorned the famous steps of Wembley. The Haig bottle seems a perfect canvas for his style. An out and out assault of colour, screaming out on top of the brilliant blue glass that shines through underneath.

Yet another great example of drinks brands bringing in artistic talent to level up bottles on shelf - we don't expect this trend to slow it's pace anytime soon.

1800 Tequila became early adopters of the artist bottle trend when they launched the Essential Artist range in 2008. Since then, they've gone on to work with over 40 artists for special launches, but it's the posthumous homages to two street art / graffiti legends in Keith Haring and Jean-Michel Basquiat that stand out as - which is maybe unsurprising given how visually iconic and recognisable each artist's works are.This approach perhaps leans towards a more discerning consumer (than say the trend setting gen z), who are appreciative of New York street art from the 80's.

Felipe Pantone is hot property for brands right now. Felipe's style is best described as evoking 'a spirit that feels like a collision between an analog past and a digitised future, where human beings and machines will inevitably glitch alongside one another in a prism of neon gradients, geometric shapes, optical patterns and jagged grids.'  It's this fine art sensibility twinned with a with razor shape eye on the future, but somehow still rooted in graffiti that has caught the eye of some of the world's biggest brands: Hennessy, Mclaren and now, Zenith Watches.

Zenith first approached Felipe to revive their HQ and inject a substantial amount of colour to their building in Le Locle, Switzerland - from then, 'an unexpected but coherent collaboration was born.' This isn't the first time an artist from graffiti or tattoo disciplines has been tapped up by a Swiss watch brand (see Hublot, below), but it's certainly an interesting vision from both brand and artist. This collision of traditional and modern, which is so embedded in Zenith's DNA, matches perfectly with Pantone's artistic approach.

“From the moment I encountered Felipe Pantone’s work, I felt his unique and dynamic energy. Light, gravity and time all come together in an electrifying way. He’s a groundbreaking artist and self-made entrepreneur who has won over the world with his unique artistic expression. When I learned that he was a fan of Zenith and our uniquely contemporary take on watchmaking, I knew we had to do something together. And I couldn’t be prouder of the result.”

The watch itself, a reimagined and super limited edition Defy 21, has been described as a wearable piece of kinetic art. Pantone's influence is clear throughout the piece. Flashes of iridescent colour and geometric designs on the watchface, jagged hands that give a 'warped gif' feel to the movement and display.

This is perhaps the very beginning of a bold new age of watchmaking, and a new trend in the making entirely - similar to the early days of spirits brands employing the talents of artists to revive their labels, this approach could be commonplace in years to come. Whilst nowhere near as accessible or easy to accomplish, it seems a shrewd way shaking off that sleepiness so associated with traditional swiss watch brands, and catapult the sector into a new, digital and relevant age.

Hennessy have made great strides in marketing cognac to new audiences. Their Collector Edition bottles are an attempt at blending dynamic contemporary art with the tradition and prestige of a 255 year old cognac in a way that appeals to a streetwear / skate culture obsessed audience.

Hennessy have identified and collaborated with artists that appeal to this demographic, like Futura and more recently, Felipe Pantone (paving the way for his Zenith collaboration), but it's their partnership with Kaws which stands out.

Launching in 20211, the Kaws x Hennessy link up is one of the earlier iterations of their Collector Edition bottles, and it's a collaboration that makes total sense considering Kaws is adored by hypebeasts across the globe. Street artist, designer & toymaker, Kaws has collaborated with Jordan and Uniqlo for sold-out capsules, and created motifs that elevated fine art into the cultural zeitgeist. His movement into toymaking is interesting, as it resonates particularly well with that modern consumer's obsession with collectibles. Hennessy's Kaws Collector Edition is an extension of this - a grown up collectible, to sit proudly on the shelf alongside Medicom Toys, Malin & Goetze candles and a Highsnobiety culture manual.

This could well be the north star for collaborations between tattooists and luxury brands. Maxime Buchi, founder of iconic Sang Bleu tattoo studio, is responsible for pushing the boundaries for tattooists, opening more doors by showing what can be achieved when the right brand with the right vision gets in touch. His approach, which is more akin to a creative agency than a tattoo studio, sees Sang Bleu and Maxime operate as a kind of culture consultancy in this instance for Hublot and their Big Bang watch, which has now seen a few iterations.

Tattoos and luxury watches don't necessarily mix at first thought, but the intricacy of both tattooing and watchmaking makes the rationale behind this collaboration clear, and leads to impressive results. The Sang Bleu Big Bang is a typical Hublot timepiece with flourishes of Maxime's trademark geometric style featured across the watch face, but also intricately woven into other elements, like the watch hands.

“The young generation in particular are looking for something iconic with a strong personality and identity. For men, especially, a watch is the main way to really differentiate yourself, it expresses who you are.”

The Sang Bleu x Hublot partnership certainly pushes the boundaries in terms of watchmaking, and shows a new age of risk taking CEOs, unapologetic and bold in their attempts at staying relevant and desirable to younger, trend setting audiences - but it also signals a new age for tattooists and tattooing as an art form. We are far from the Soho back alley days of tattooing - expect to see more examples of tattooists being brought in as creative directors across projects, more studios operating as creative agencies, and a new wave of culture consultancy that tattooing can offer for brands who are looking for that intangible slice of cool and relevance across a brand line or campaign.